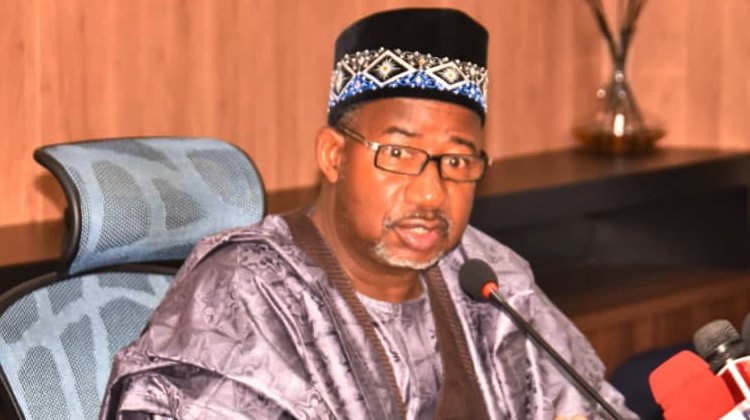 The governor of Bauchi State, Alhaji Bala Mohammed reportedly made the submission on Friday when a Contact and Consultation Committee he set up for his presidential ambition submitted its report to him.

The Bauchi governor said Atiku is too old and tired to lead the country, asking the Peoples Democratic Party (PDP) chieftain to support his ambition to become President in 2023.

The governor, however, promised to support the former vice president if he emerges the party’s flagbearer and Nigerians prefer him to other aspirants.

Mohammed said he will not give the governorship seat to hold forth, saying that he will manage the presidential campaign with the running of the state.

He, therefore, opined that all the presidential aspirants from all the sections of the country are eminently qualified, so they should be left to discuss with each other.

The governor noted that his presidential ambition has caused division in the state, stressing that Bauchi can be better if he becomes the President in 2023.

He said: “I am aware that even in Bauchi, people are divided, my elder brother, Bala Hadith, had the courage to tell me that people of Bauchi don’t want me to go to the center and I appreciate him. This is because this is the opinion of Bauchi which is the appreciation of what we are doing together. Bauchi can be better if I’m at the center.

“But certainly, we have to manage the two together (Bauchi and the Presidential campaign). I told my younger brother and my colleague (deputy governor) that he should not be happy to send me forth so that he will take over the governorship, I will do the two together.

“One of my brothers, a formidable and astute politician, Matawalle Sokoto (Aminu Tambuwal) did it before, so we are going to also test it. And I will not give (the governorship seat) to hold forth, such a big man, he will not give me back when I come back, but if he will give me, I will give it to him.

“There is no need for us to be greedy; of course, my presidency will not cause division. You can see that at the heat of the time that my elder brother, Malam Adamu was going round, we invited our elder statesman, the one that we respect so much, the Waziri Adamawa (Atiku Abubakar), we named a road after him.

“We invited him to Bauchi and we interacted and I told him that in this game, I know he’s the most senior, he’s very qualified but because of his age and fatigue that he has suffered so much for Nigeria, he should allow his younger brother to be his spare tyre not to take over just like that. But if Nigerians prefer him, I will support him. I am not too desperate but he should know that Nigerians like me too. And whatever he wants, I will do it for him, so this is our agreement, he has the highest respect from me.”